In order to achieve success in the stock market you must be able to speak the language of the stock market. Please use our supplied glossary of terms to become better acquainted with these terms so that you may gain a better understanding of the market world

Naked Writer
A seller of an option contract who does not own a position in the underlying security.

Net Change
The difference between the previous day’s closing price and the last traded price.

Net Worth
The difference between a company’s or individual’s total assets and its total liabilities. Also known as shareholders’ equity for a company.

New Issue
A stock or bond issue sold by a company for the first time. Proceeds may be used to retire the company’s outstanding securities, or be used for a new plant, equipment or additional working capital. New debt issues are also offered by governments.

New Issuer Listing
Occurs concurrently with the posting of the new issuer’s securities for trading. The preconditions for listing include the acceptance by the Exchange that all listing requirements and conditions have been satisfied. The effective listing date is the date when the listed securities open for trading.

New Issuer Listing – IPO (Initial Public Offering)
An IPO (initial public offering) is an issuer’s first offering of its securities made to the public in accordance with a prospectus. The offering is often made in conjunction with an issuer’s initial application for listing on an exchange.

New Listing
A security issue that is newly added to the list of tradable security issues of an exchange. It is accompanied with a new listing date.

NEX
A separate board of TSX Venture Exchange. NEX was launched by TSX Group, effective August 18, 2003, to trade as an open, continuous auction market, on the same TSX Venture trading engine, and to be governed by identical trading rules. NEX provides a trading forum for issuers that have fallen below TSX Venture’s continuing listing requirements. They are identified with an extension of “H” added to their stock symbol.

Non-Certificated Issues
An issue that is recorded on the transfer agent’s electronic book rather than being held as a physical note.

Non-Client Order
An order from a Participating Organization or an order a firm is executing on behalf of an institution, such as a mutual fund. An “N” denotes a non-client order in the book.

Non-Exempt Issuer
A listed issuer that is subject to special reporting rules.

Non-Net Order
A special-term order when there is a clear understanding between the buying and selling parties that they will settle the trade directly with each other.

Non-Resident Order
A special term order when one or more participants in the trade is not a Canadian resident.

North American Industry Classification System (NAICS)
A system for classifying business establishments. It was developed by the Economic Classification Policy Committee (ECPC) on behalf of the U.S. Office of Management and Budget (OMB), in cooperation with Statistics Canada and Mexico’s Instituto Nacional de Estadistica, Geografia e Informatica (INEGI) to provide comparable statistics across the three countries. Launched in 1997, it is the replacement for the 1987 Standard Industrial Classification (SIC) codes.

Ahead of the curve: Kinahanâ€™s pioneers the future of the whiskey industry by releasing an augmented reality 3D model NFT

The Kinahanâ€™s branded 3D Formula Racing Car sold to an NFT collector for a staggering $4800 following Lewis Hamiltonâ€™s thrilling win at the British Grand Prix. Such a positive result… [...]

Bora Finance aims to disrupt Traditional Finance. Bora's goal is to provide a complete financial suite to those who have little or no access to banking now. We must do… [...] 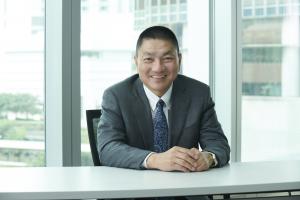 "Value Partners are very proud today to introduce, through the Bursa Malaysia, the world’s first exchange-traded fund, adopts a Shariah-compliant feature, and it is specializing in investing in securities on… [...]