Pennexx Foods, Inc. (OTC: PNNX) is a technology company within the Software / Internet and Fintech industries. Products capitalize on the multibillion dollar social media market by enabling merchants to use social media to acquire, retain and grow their customer base. YSO users scan a QR code or click a post online, register and share that reward with their friends.

PNNX is developing prepaid debit cards which link to its YSO program so rewards can be automatically added. YSO will also leverage artificial intelligence (AI) to optimize and create targeted marketing campaigns. PNNX has acquired BitGift, a company that is creating a unique pre-paid debit card. PNNX utilizes patent pending technology and will be submitting additional patents for example, “A system for monetizing social influence.” PNNX earns money through subscription fees, per use charges, transactional fees and contracts with its customers.

PNNX is currently poised to reach millions of users through its viral social media approach. PNNX helps businesses grow more efficiently than traditional marketing campaigns. This approach decreases the acquisition cost of acquiring new customers. Customers login through the merchant portal to control their campaigns and view reports on the status of their success. YSO has shown a 96% adoption rate among businesses.

On November 12th PNNX issued a shareholder update. PNNX is building a strong foundation and part of that is building a strong board of directors. CEO Vincent Risalvato is proposing two candidates who have agreed to take a board seat if elected; they are Joseph Caruso and Phillip Welch.

Joseph Caruso https://evestigate.com/joseph-caruso has a history of startup business success and is a recognized industry leader in the fields of cyber security, computer forensics and eDiscovery. He has been featured as a technology expert regarding high profile cases on CNN Headline News, CBS Evening News with Katie Couric, FOX Business’s Varney and Company.

Phillip Welch is a Certified Microsoft Systems Expert, was director of IT for a national broadcast television network and has for nearly 20 years provided managed IT services for hundreds of customers as President and CEO of https://welchandcompany.net. His background in both technology and the operational aspects of many multi-million dollar businesses makes him well suited to help guide PNNX to success.

PNNX plans include uploading to OTC Markets a formal business plan which include the overall going forward strategy of the company and revenue estimates for the first time. The company will also be outlining its strategy for becoming fully audited. PNNX is on track to achieve the goal of having an audited status. It is an important step to getting the company to a fully reporting SEC status and to uplisting.

Additionally, PNNX is proposing to change its name by removing the word “Foods” from the name and possibly adding “Technologies”. This name change is in accordance with the fact that PNNX is currently hosting multiple technology projects.

PNNX has been having great success with its ongoing development partnership projects including the development of the Cyber Security Dashboard (CSD).  The CSD will begin collecting subscription revenue in the fourth quarter and that profit is shared between PNNX and Global Digital Forensics. Progress on the partnership with Zicix has also been developing well.

PNNX management has indicated that fourth quarter financials will start to show revenue generated through its development partnerships. Since PNNX has just recently launched its new dashboard which opens up a number of revenue generating e-commerce offerings, a small amount of that revenue will also begin in the fourth quarter.  The company should begin to show real quarter over quarter growth from here on into 2021. Additionally, PNNX is still forging forward with its YSO debit card program.

On August 25th PNNX commented on the launch of its branded prepaid debit card program. The company has been fully approved and finalizing the deployment, such as the graphics for its customized prepaid debit card. These debit cards will allow PNNX (YSO) to credit rewards directly into their users’ prepaid debit cards, enabling utilization online or in-store. YSO can then propel into its Social Media Influencer program.

The FinTech market is a rapidly growing industry. According to recent research as seen here: https://www.reportlinker.com/p05336794/Global-Prepaid-Cards-Industry.html?utm_source=GNW, the global market for prepaid debit cards estimated at the US $2 Trillion in the year 2020, is projected to reach a revised size of US $.1 Trillion by 2027.

Social media influencers reach billions of people; therefore, PNNX believes it will rapidly reach millions of users. PNNX has been developing a range of new features in the latest version of its Your Social Offers merchant dashboard and user portal. The new merchant dashboard will enable users to create a variety of new types of rewards. 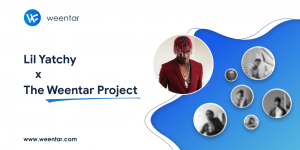 The partnership enables influencers and celebrities to seamlessly launch their social tokens. UNITED STATES, May 10, 2021 /EINPresswire.com/ -- Weentar is looking to create the future of decentralised social media… [...]

Scott Crocket, Everest Business Funding's CEO, is dedicated to supporting Feeding South Florida and the American Cancer Society during the pandemic and beyond. DORAL, FLORIDA, UNITED STATES, May 10, 2021… [...]

Nils Larsen Manager Explains Why Exchange Traded Funds Are Great For New Investors LOS ANGELES, CA, UNITED STATES, May 10, 2021 /EINPresswire.com/ -- New to investing and not sure how… [...] 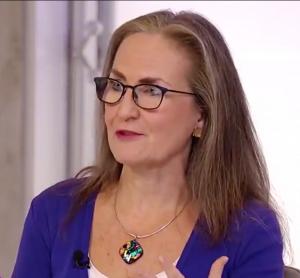 Who's answering the telephone? 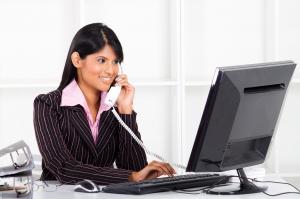 Trained with expert telephone skills. If the service that a customer receives on the telephone is sub-par, companies risk losing business and thereby losing revenue ALAMEDA, CA, USA, May 10,… [...]